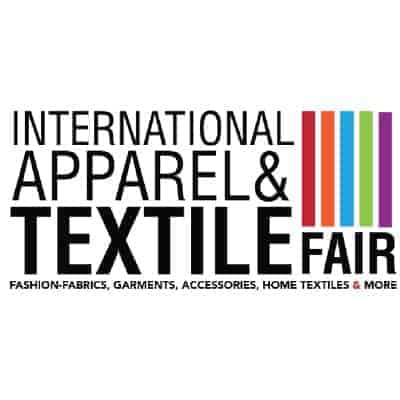 International Apparel and Textile Fair (IATF), the industry’s biggest showcase platform in the region, the go to sourcing hub for fabrics, textile, apparels and more, with exhibitors from 14 countries has expanded to offer greater and richer variety than ever in its 9th edition.

This edition, about 110 exhibitors, some new and many of our past exhibitors, had set up their booth, showcasing the latest trends, colors, creations and designs. As usual, IATF has set up a platform bringing together manufacturers and their agents along with some of the most influential buyers and designers of the MENA region. The event also proved to be one of the best means to connect and network with industry professionals, create long and promising professional relationships and giving all exhibitors an opportunity to expand their business boundaries. The show hosted some new and many of the past exhibitors who brought in their fashion trends to the Middle East. The exhibitors travelled from Turkey, China, Japan, Australia, Peru, India and so on to name a few.

With the ninth edition, IATF has had significant increase of 44% in attendance of visitors and 27% increase in exhibitors. The show has once again proven to remove all regional blocks by attracting around 3,000 buyers who were mainly from the UAE and GCC region. While a number of visitors came from Kuwait, Oman, Saudi Arabia, and Qatar, other buyers came from all across Asia, Africa, Europe, USA and Australia. UAE ranks as the third largest country in terms of textile exports, making IATF a definite show of the industry for the region. IATF continues to prove itself as the one-stop platform to showcase the latest developments and emerging technology for the apparel and textile industry. The trade show organized by Nihalani Events Management (NEM), the fair has only been growing ever since its inception in 2014 by the founding team. However this edition, the team of IATF faced a setback with the sudden demise of Mr. Dilip Nihalani, the show director and founder of IATF. But to keep Mr. Dilip’s legacy on, the team worked extra hard to keep the spirit of the show alive and not affect it in any manner. And as the saying goes, the show must go on, the 10th edition of IATF is to take place on the 2nd, 3rd and 4th April. 2019.